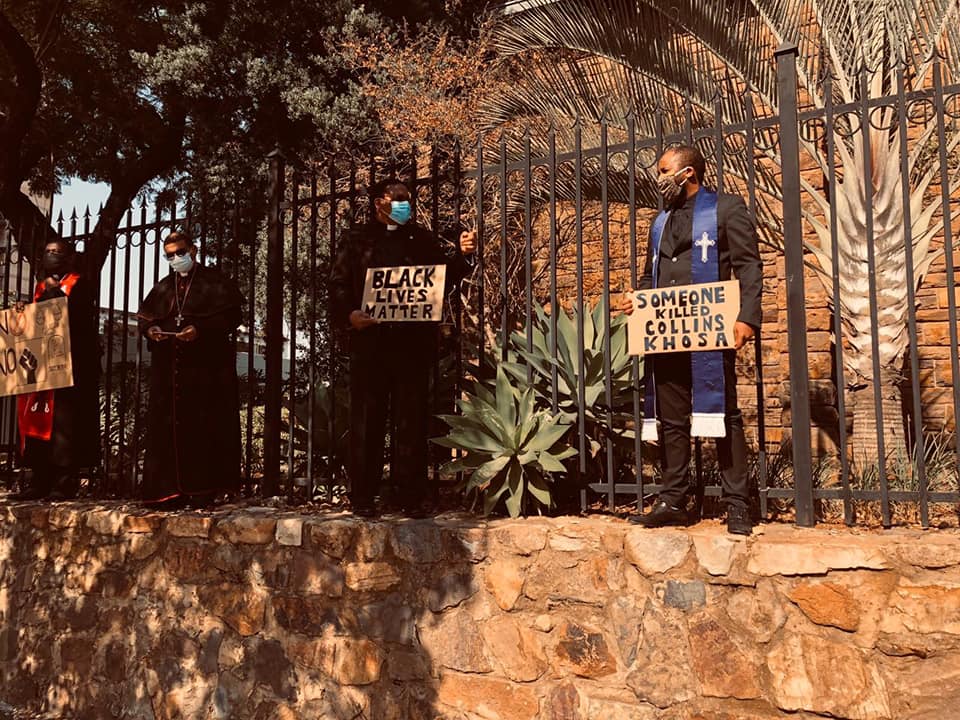 Issued by the office of the SACC General Secretary, Bishop Malusi Mpumlwana.

Silent Protest by Faith Leaders in light of brutality by law enforcement officers
The South African Council of Churches has been shocked to learn of the final declaration of the SANDF on the death of Collins Khosa with absolving the Defence Force members involved in his death. “This is unreal!”, exclaimed Bishop Malusi Mpumlwana, SACC General Secretary, “It feels like we’ve been here before, yes, in apartheid days; or in George Floyd’s Minneapolis! What a week to announce this ‘No One to Blame’ verdict!”; said Mpumlwana, invoking the title of Advocate George Bizos’ book on his quest for justice for victims of apartheid police brutality.

Faith leaders, alarmed by these developments, are gripped in lament and despair over the deaths of innocent people at the hands of law enforcement officers. Since the enforcement of the lockdown in South Africa, at least 12 people are believed to have died at the hands of police and military officers deployed by the State to enforce lockdown regulations. Whilst everybody recognises that investigations are still ongoing, the reality of the deaths of these citizens, is of serious concern, and a blot on the tapestry of our constitutional democracy.

As we mourn the deaths of the #Lockdown12, we intend to remember and make known their names:

We also want to stand in solidarity with our siblings in the United States in light of the brutal murders of:

Our intention is that this silent vigil will be a clear expression of our disdain for the current brutality exhibited by our police and defence forces and to call for greater accountability and justice for these families. We are also standing in the gap for ordinary citizens who are equally experiencing the grief and mourning that this current moment has brought  upon us.

Copyright © All rights reserved by SACC Designed by Cherry Republik